How We Prolong Illness By Our Language?

Have you ever given a thought about questions like, What are we telling our bodies? Do we create or prolong Illness? What is the language or words you are saying when you are sick or not feeling well?

Do you hear people say, I caught the flu from this person or from my kids as they are sick or brought it home from school and made me sick? I was in an office and approached a woman who said: “don’t come too close, I am sick and don’t want you to catch it”. I replied and said, “It is my responsibility to keep my immune system strong and if I ‘catch’ anything it is my fault, no blaming anyone else”.

I was talking with a lady over the phone, to rearrange our meeting time. She had cancelled twice as she was sick for the last 2 weeks. I suggested a week later to give her time to get better. She said she didn’t know if she would be well by then. She was telling me all her symptoms, congested eyes, sore throat, coughing, bronchitis, and lethargy. I listened to her language and how she was talking about her symptoms like she was attached to the illness as it gave her an excuse to withdraw from the world. I suggested to her to rest and take time out to heal her body. Take time to be in meditation, ask her body what it is asking for right now? As meditation allows us to receive the insights and have clarity to what is causing illness usually emotional; you can send these emotions down your grounding cord, and release them you’re your body.

Here I will be guiding you with some steps of how to interact with your body.

Why does it work?

You have the ability to heal yourself. Anything that is happening in the physical body is an indication that we are attracting it on some level and allowing it into our body. Once you recognize the foreign energy and cut the cord or release it down your grounding cord, it is gone.

We have the power to heal ourselves, though why do we choose to give our power away and/or play a victim role? Maybe because sitting back and complaining appears to be easier than taking charge and changing an old pattern in our subconscious mind. You have heard the victims complain about all the things wrong with their bodily functions, how bad they feel etc. There was a woman on the phone who was wanting to change their appointment with me as she was sick. I asked if she would like to reschedule for next week. She was predicting that she still plans to be sick next week and that she ‘hopes’ to be well enough in 3 weeks as she has a trip to Las Vegas planned. You can live now, why wait 3 weeks and waste your life? Guilty, we have all done it when we are feeling down, bad, defeated, lost our confidence, self-esteem low, at times in our life.

Listen to your body, the body is the barometer of the soul. We are constantly receiving messages, listen to those messages and see the signs. There is no point being negative and sending the same energies to your system. Rather than spooning your body with thoughts, understand its needs and start taking care of it without giving excuses. After all, it is your gift from God, you have to do and take measures to protect it. It is nobody else’s job and nobody is going to do it for you forever.

Linda Benn has been facilitating meditation groups for over 20 years, every month there is a new moon and full moon meditation live and online. For ongoing meditations ie: chakra balance and forgiveness – Please subscribe, follow and share her YouTube channel to continue to receive ongoing support and guidance. 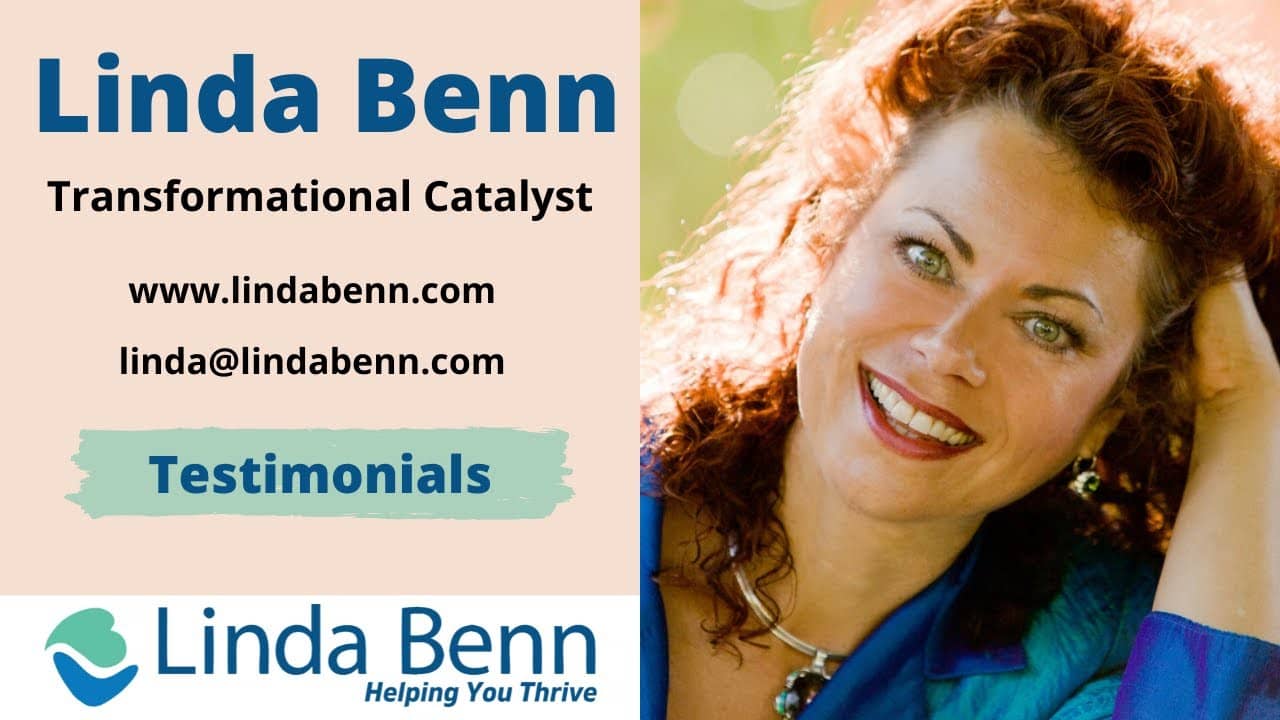